The History of Shoemaking 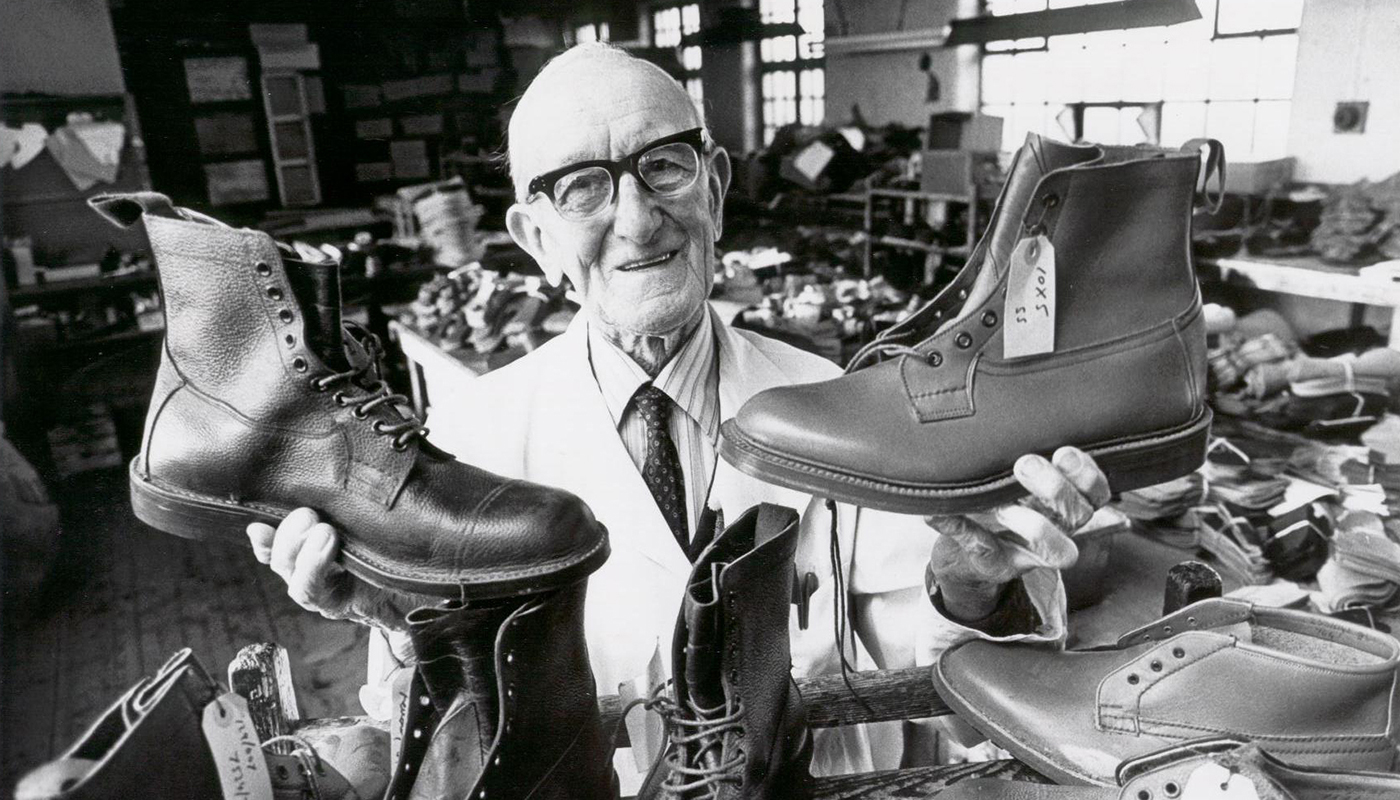 The visitor to Northampton will at once be reminded by the leather aprons and grimy faces which haunt the streets that he is in the land of shoemakers.” Murray’s Handbook for Travellers, 1878.

Northampton has a long history of shoemaking dating back to the 15th Century, when assizes (decrees) regulated prices for cordwainers (the medieval name for shoemakers).

Northampton’s suitability for shoemaking was down to a good supply of material (a large cattle market!) and its central location for distribution. In 1642 a group of shoemakers won a contract to supply the army, and by 1841 the shoe industry had grown to nearly 2000 shoemakers, although the process of making shoes had differed little from earlier centuries.

Shoemakers usually had workshops in their homes, where wives and children helped out and often worked on Sundays to have more cash for the pub on Sunday nights. But they had to be highly literate, keeping records and conforming to measurements to ensure that shoes fitted correctly.

By the mid 19th century certain shoemakers were described as 'manufacturers', employing a large number of shoemakers, supplying them materials and selling the finished product to buyers. Businessmen recognised that mechanisation meant profit, which meant more factory hands and less shoemakers, leading to the mechanisation dispute of 1857-59.

In 1858, the Northampton Boot and Shoe-makers Mutual Protection Society was formed to oppose mechanisation, and in 1859 when the manufacturers of Northampton issued a statement confirming that machines to close shoe uppers were to be introduced, the Society called a strike urging shoemakers to seek work outside of Northampton. However, the strike failed as many shoemakers did not object to machines if they didn't threaten their jobs.

Just as business was returning to normal, the construction of Isaac, Campbell and Co’s factory in 1859 changed everything. The factory wanted all of its shoemakers to work inside the factory and tried to entice them with appeasements. However, the fixed wages and hours represented an end to the workers’ autonomy and it failed. But in 1861 the Turner Brothers took over, and four years later they were producing 100,000 pairs of shoes a week using steam engines. The shoe factory had arrived.

In 1871 Charles Goodyear patented his welting machine. The Goodyear welt, as it is now called, is a method of securing the upper and insole of a shoe. Shoes made in this way are still generally regarded as the highest quality, and the region is still the largest area of Goodyear welted manufactured shoes in the world.

During the early 20th century the number of shoe factories in Northamptonshire continued to rise, but the 1950s, 60s and 70s saw many changes in the footwear industry, with more imports and factory development, which marked the decline of the footwear industry in Northamptonshire. But it certainly wasn't the end. Shoe firms like Alfred Sargent and Sons (1815) and Crocket & Jones (1872) are still individually crafting shoes in the area using the Goodyear-welted process.

A large number of old shoe factories have also been converted to offices or accommodation, some of which are still surrounded by terraced houses originally built for factory workers. One final legacy is the Northampton Town Football club – known as The Cobblers, though it's unlikely their boots are made in the town!

Tredders' roots within handmade footwear run deep, located in rural Northamptonshire, at the heart of handmade shoemaking, our mission is to supply handmade shoes from top brands direct to your door. Discover brogues, loafers, derby shoes and many more much-loved styles from top handmade footwear brands, which include, Alfred Sargent, Barker Shoes, Joseph Cheaney, Loake, all at the click of a button.